With this moment of truth for Americans, we're taking a moment to talk about an important real life event today. 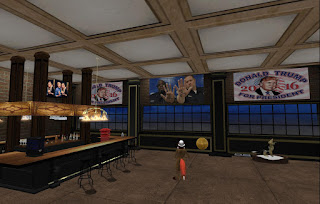 For about a year and a half, the US Presidential election process has gone on, the declarations of those seeking the nominations of their parties, the primaries and caucuses, the winning of convention delegates, the whittling down of candidates for the major parties down to a winner, the conventions and nominations, the accusations and counter-accusations, the charges and counter-charges, the leaks, the mudslinging, in an election that many simply begged for it to end. And today it finally does. It all comes down to today, when Americans cast their ballot for their choice for President of the United States. 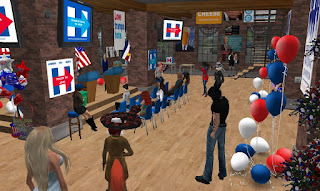 While not the nastiest election in US History, one is hard pressed to think of another in recent history that surpasses the ill feelings of this one. Both candidates are highly unpopular, even among members of their own party, and many Americans have simply given up on politics.

As for the office of the President, it's not for me to tell you who to vote for, just make a choice, whether Democrat, Republican, Third-Party, or write-in. But do not get upset at friends of break friendships just because one's choice has a "D" or "R" after it. And should your candidate loose, there's always next time.

As for yours truly, I'll be going out in real life, just not saying who for. And will be watching the results while in Second Life like so many of you.

See you at the polls.