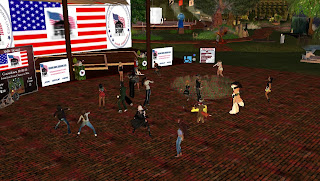 On Sunday November 20, Veterans Isle held their monthly fundraiser for Homes For Our Troops, a charity that "builds mortgage-free, specially adapted homes nationwide for severely injured veterans." Although the event is usually held on the last Sunday of every month, it was held on the one before this time due to Thanksgiving Weekend. The event went on from 4PM to 9PM SL time (Midnight EST).

First at 4PM SL time was Waya Snowpaw, in real life a veteran for 20 years whom often performs as a DJ at a veterans motorcycle club. Next was Frets Nirvana, who helped organize the event, played his guitar while singing for the audience for the second hour. 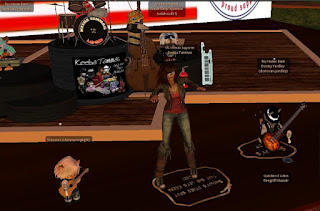 At 6PM SL time was Keeba Tammas and her "Tiny Maniacs" band of tiny avatars, who played instruments while she sang for the crowd. "I loved the tinies! They were cute!" One would later say, "I almost put one in my pocket. He was holding up a little sign that said 'Free to a good home!' (grin)" At the end of Keeba's set, the tinies lined up and "Time to Tiny Raver Dance!" And the diminutive band members began tromping up and down as Irish music played. 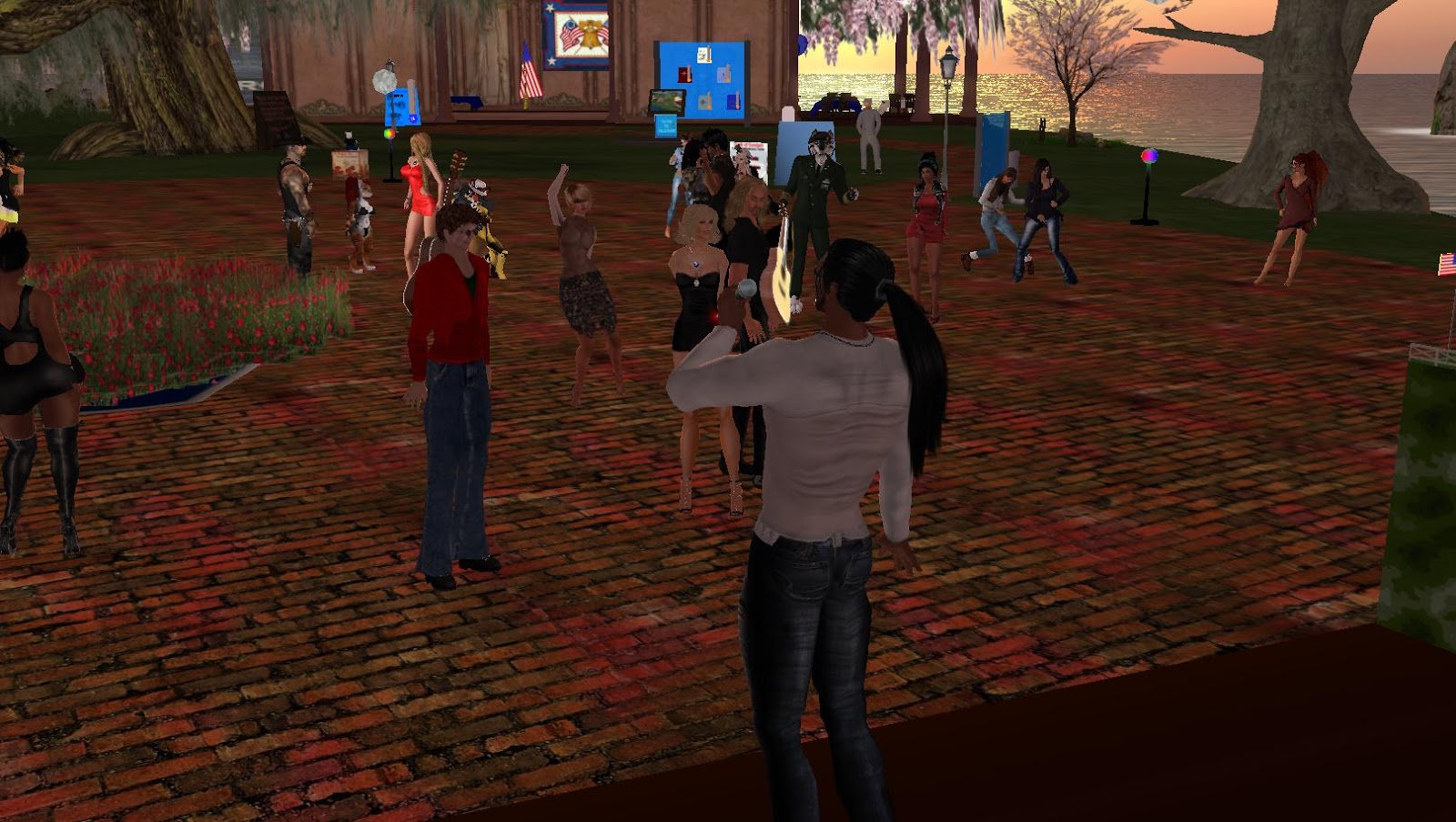 At 7PM SL time was Maxx Sabertooth, A Rhythm and Blues singer whom yours truly knew from the Queen of Hearts riverboat club years ago. He would get down from the stage and mingle among the audience. Maxx still had his touch.

For the last hour was guitarist and singer Reggie Sunset. As he played, the total amount raised in the two house shaped kiosks on both sides of the stage began to get high. at 8:30 PM, the 75,000 Linden mark was reached. At 8:47, the total was at 91,000 Lindens.

There was also a raffle for a motorcycle during the benefit.  The bike was provided by Lil Birds Customs. Although the one on display at the event was in US Army camouflage, the winner could chose a paint job of any branch of the military. Entries cost 100 Lindens each, and a total of 31 were bought, for a total of 3,100 raised. The winner of the raffle was Psychoblaze Resident.

The next benefit at Veterans Isle should be on December 18.

Bixyl SHuftan
Posted by Bixyl Shuftan at 6:02 AM