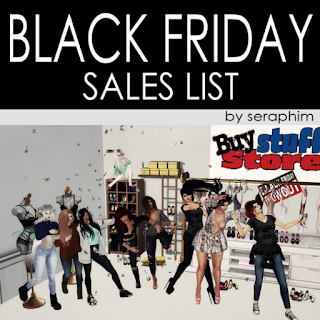 In real life, "Black Friday," the day after Thanksgiving, has been the traditional start of the Christmas shopping season for decades. Although the term originally was used to describe the car and foot traffic to the stores, it has come to mean the common belief the day is when most stores have made enough money in the year to turn a profit. The event is commonly perceived as stores being packed with shoppers in search of bargains and "must buy" toys, sometimes shoving and even fighting one another. Beginning a couple years ago sales made during the day began to diminish due to retailers running sales earlier in the month and more shoppers spreading their time throughout December and November. But the day still is symbolic to shoppers.

Mylie Foxclaw discovered on seraphimsl.com, a website about sales and shopping in Second Life, a list of Second Life stores with "Black Friday" sales with items marked 30%, 40%, or 50 percent off. The list involves a variety of stores from bedroom, to dungeon, to weddings, to armor and swords, and more. 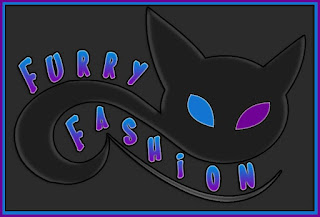 There is one other store holding Black Friday sales, Furry Fashion.  Until Midnight tonight SL time, there will be a 50 percent off sale in the main store, though only the main store, "Pay full price to get HALF YOUR MONEY BACK instantly. This Sale includes FF Main Store Vendors owned by Amethyst Crystal, Alexiel, Magnolia and Becky Doulton, Skyler Glasswing!"

"Shop 'til you drop," or at least go Away From Keyboard.