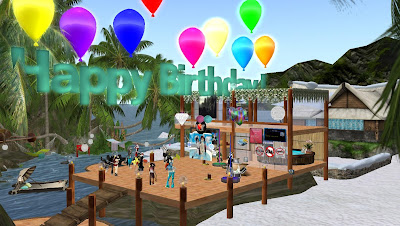 Yesterday December 12 was the rezzday of an important friend of the SL Newser: Nydia Tungsten. It was eight years before in which she had first come to Second Life. The theme of the Monday party at the Happy Vixen was changed to "birthday," and a few balloons put up. 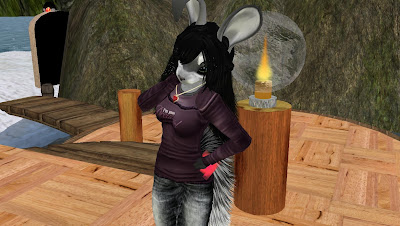 Lately Nydia's taken a hand at fiction-writing, a novel-sized story called "Switched Destinies" that's still in progress, and made an avatar based on the bunny-raccoon mix whom is the main heroine.

A great time was had by all, with a 1000L prize going to Miyuki Naidoo.

Happy Rezzday Nydia.
Posted by Bixyl Shuftan at 6:02 AM