Valentines Day is coming, and there will be many Valentine-themed events (and a few anti-valentine events for those who think of it as 'Happy Stick-It to Singles Day') across the Grid. Linden Lab will be having it's own events on the Isle of View: "Hug a Linden" And "Dunk a Linden." Both events will be taking place at once on Tuesday February 14 from 10AM-12 Noon SL time, and 2-4PM SL time. 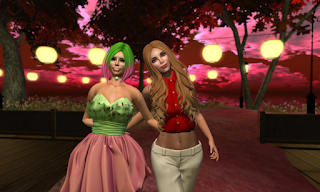 ...  join us at the Isle of View for a chance to hug and dunk some Lindens. Bring your friends, bring your family, bring your one and only - when else are you going to get the chance to cozy up to a Linden or send one shrieking into the depths of a dunk tank? An opportunity like this comes around about once a year — so don’t miss out. 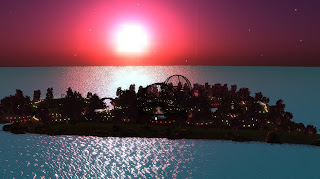 The Isle of View would be gone until 2014. But it wouldn't be until last year in February 2016 in which Linden Lab would start Valentines Day events with a new and larger four-sim Isle of View, bringing back "Hug a Linden," and adding a new event: "Dunk a Linden."