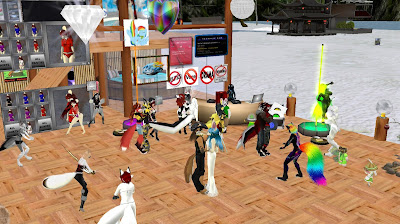 From 4PM to 8PM SL time last night on January 31, the Happy Vixen hosted a double event to help raise funds for it's friend RECoyote Mindes, whom sadly has come onto hard times. The first two hours had the music played by Rec's partner Perri Prniz. For the second half, the dynamic DJ Tantari took control of the booth. When the event started, 5,000 Lindens had already been donated. By the time Tantari played her last tune, a little more than over 20,000 Linden dollars had been raised. 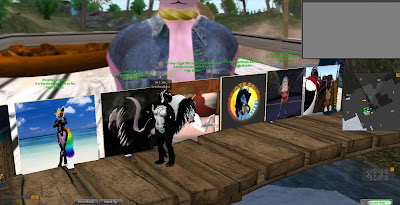 But this is not the last of the fundraising. Nydia Tungsten's call for volunteers for a "Tail Sale" would result in about two dozen men and women stepping forward. Besides Nydia herself, those putting themselves up on the auction block include Brandi Streusel, Scentuallust, Alleara Snoodle, DJ Tantari, and yours truly whom is willing to write an article on a subject of the winner's choosing as long as it falls within Newser guidelines (safe for work, no unnecessary drama) and is limited to 1000 words or less.