Second Life Website's Community Platform To Be Moved To New Server, Forums To Be "Read Only" During Move


A few days ago, Linden Lab announced there would be some changes to the Community Platform on the official Second Life website. The new looks comes live on Monday February 27. But before that, the Lab will be moving the data from the server the platform is now to the new one. And this will take several days. So starting Tuesday February 21, and going onto part of February 27, the official Second Life forums will be set to "Read Only." So no new entries can be made at this time, but existing ones should be available to be read as before. 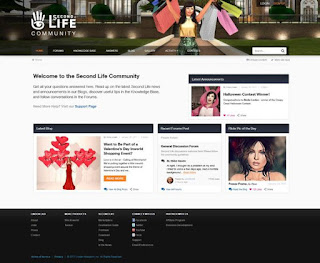 Exports require that the forums be put into “read-only” mode during the export process.  What that means for you is that during that time you’ll be able to read the forums, but not publish new posts until the export job is complete. Our hope is that by doing this we will avoid any gaps in the content as we import it into its new home.
The current timeline is as follows:

February 21st through February 27th -  The forums will go into read-only mode. Our hope is to have the new site live sooner than the 27th, but we want to be sure things go smoothly.

February 27th - The new platform goes live and the forums are taken out of read-only and full posting functionality is brought back online.