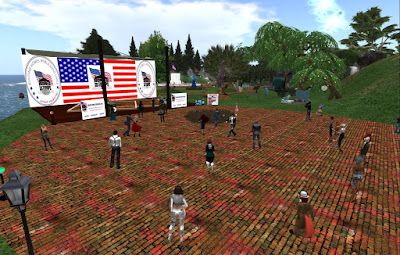 On January 29 at 4PM SL time, the monthly fundraiser at Veterans Isle took place. The benefit's purpose is to raise money for the Homes For Our Troops charity. The event was organized by Frets Nirvana.

DJ Waya Snowpaw started things off for the event. Following him, the live performances began at 5PM, starting with Zax Claxton. Frets Nirvana himself took to the stage at 6. Then came Cryptic Harmony. Last but not least, Ganjo Mokeev capped off the fundraiser. 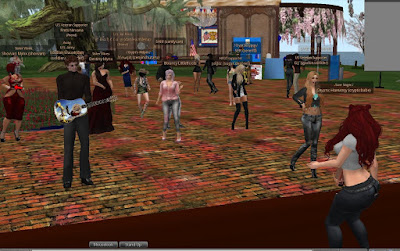 During the event, those listening and dancing dropped in money in two house-shaped kiosks on either side of the stage. By the end of the event, 71,250 Lindens had been raised.

Dahlea Milena, the hostess of the event, told at the end, "Thanks everyone for coming out. ... Frets, as always, so much appreciation and love for all you do." Frets responded, " Ahhh....the appreciation is really for vets like you. And the people in here who put up with me! (laughter)"

The next benefit takes place on Sunday February 26, 2017.