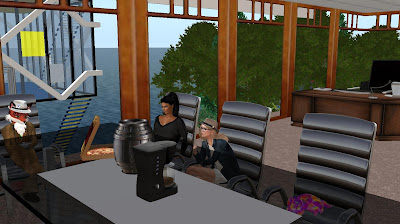 Saturday February 11 was when the Newser had it's staff meeting. The meeting took place in the Newser office in HV Community. Gemma Cleanslate was busy with helping to make the One Billion Rising video, and Kain Scalia and Grease Coakes were having real-life matters to deal with. So that left Deaflegacy, Mylie Foxclaw, and myself. Also coming by was MajikVixen, whom stated she might be able to end her hiatus soon, depending on her real-life schedule. 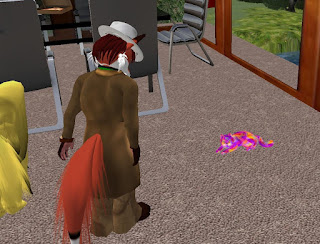 Majik's appearance was that of a multicolored KittyKats breedable, the same kind as the Newser's mascot "Chilly." She had taken one, and made it her avatar.

We discussed a few things, such as the upcoming One Billion Rising and "Hug a Linden/Dunk a Linden," and a few ideas for articles.

Be sure to keep watching to see what the writers of the Second Life Newser report on.