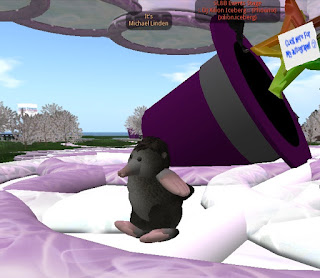 Following some questions about Michael Linden, the Newser discovered through an article by Marianne McCann published though Modem World that he had left the Lab after ore than 13 years in service. He was noted with his direction of the Department of Public Works, which has created many projects from Bay City to the recent Horizons Residential area and game. The Newser got permission from Marianne to reprint the article. One might also want to check out Hotel Adriano, Michael Linden's home in Second Life, at Shamon (65/96/29).

Over the weekend of February 11th and 12th 2017, it was noted that Michael Linden’s profile was not showing up in Second Life search, nor was he showing as a member in several groups within his profile. Many began to question if he had left Linden Lab, and – given he was known as the head of the Linden Department of Public Works – if the LDPW was being shuttered.
At the Bay City Alliance meeting on the 14th of February, a trio of LDPW staff, Shaman Linden, Squishy Mole, and Sylvan Mole, attended in part to address these concerns.

Speaking at the meeting, Sylvan Mole confirmed that Michael has indeed left Linden Lab, but was unable to give many specifics. It is assumed that he left of his own accord.

Michael Linden started with Linden Lab in the autumn of 2003 as an in-world Liaison, moving briefly to Governance in 2007 before becoming one of the heads of the LDPW with the former Blue Linden. The LDPW has expanded to include several Linden staff members and a fair number of “Moles,” as the resident contractors working on content for Second Life are known.

One of the first projects released by the LDPW under Michael was the Bay City mainland regions. Last week, Michael added a rail and boat terminal to Bay City, in the Grub Beach region. It is believed that was his last project under his Linden name. 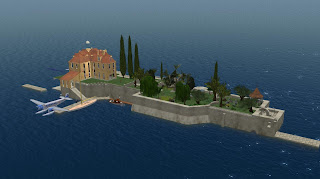 Michael has been heavily involved in the past with vehicles as a Resident, in particular with Second Life railway projects. It is expected that he will again do so, but no longer as a member of Linden Lab’s staff. Resident and Linden alike will miss his presence within the LDPW.

As to the question of the LDPW’s future, they are most certainly still an ongoing department under Patch Linden, with Shaman, Dee, Keira, Kona, and Vitae Linden as an active part. As we’ve seen, the LDPW has just recently completed the multiple-region residential and experience-laden Horizons project, and they have several current and future projects on their plates.

Those of us who know Michael will miss his presence and guiding hand as a Linden, as well as his sense of fun. We all hope he enjoys every success wherever his career and work take him, and offer three cheers as he sets sail to pastures new.

Many thanks, Michael for your years of work within Second Life!

Marianne McCann
Posted by Bixyl Shuftan at 6:04 AM