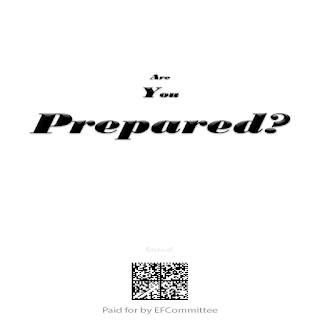 An "EFCommittee" recently sent a message to the Second Life Newser, The message was that something big was about to happen in Bay City, but he or she would not go beyond that other than the picture above that was sent over, with the message "Are you prepared?" Marianne McCann, Bay City's unofficial spokeswoman, confirmed EFCommittee has been a truthful source of information in the past, but wouldn't go further on the subject.

So just what is it Bay City needs to be prepared for? Time will tell.
Posted by Bixyl Shuftan at 6:01 AM