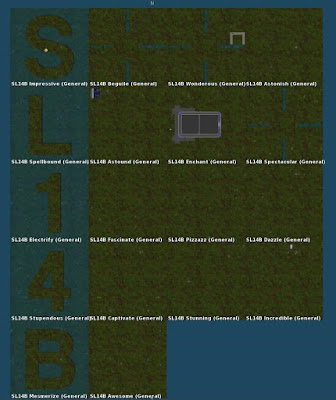 It was just a few days ago in which the theme for the Second Life Fourteenth Birthday celebrations were announced: "Carnivalesque." Over the weekend, a peek at the map revealed 18 sims set up for the event later this year in June.

The letters and numbers carved in the land and water on the west are an interesting contrast to the orange and blue of last year's preview map. Last year, applications for exhibitors and volunteers weren't open until mid-April, though this year the applications for infrastructure builders are already being accepted.

The Newser will continue to keep you the readers in touch about updates of the SL14B as they come.