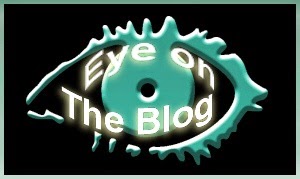 "Skill games" have been something of a controversial topic ever since their appearance. Early in Second Life's history, there were no rules about games of chance, and there were a number of casinos across the grid. But in 2007, Linden Labs banned gambling machines that took and paid out Linden dollars. And so the machines vanished from the grid. There are some who wonder if the ever popular 'sploders fall in this category, but they remain a frequent sight across Second Life clubs. After a few years, games such as "Zyngo" began appearing. These games were left alone by Linden Lab as long as they followed certain guidelines which technically allowed them to say they were not games of chance, but the outcome of possible Linden dollar payouts could be influenced by skill. In 2014, Linden Lab updated it's "Skill Games" policy, which stated the machines could only operate in specially designated areas, and those wanting to operate them had to apply to Linden Lab

A couple days ago in the official Second Life blog, Linden Lab announced "an important update" to their skill games policy. They would no longer be taking applications from residents interested in running the gaming machines. Applications already received, and the process for being a maker of the games were unaffected.

Skill games that offer Linden Dollar payouts are allowed in Second Life, but each game, its creator, its operator, and the region on which it is operated must be approved by Linden Lab.

As of today, Skill Gaming Operator applications are being closed. Any pending applications submitted prior to the date of this blog post will be reviewed and processed normally.

Though applications for Operators are now closed, you can still apply as a Skill Gaming Creator with the application process available on the FAQ page.