Cartoon of the Day: Having WHAT For Lunch? 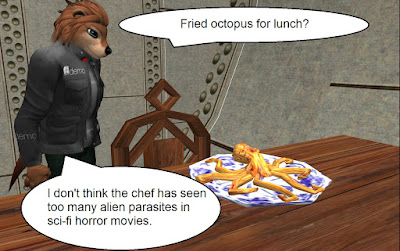 Although considered food in some countries, the idea of having octopus for a meal is enough to turn the stomachs of most in North America. While this "ewwww" has probably been around for a while, the sight of unlucky humans having tentacles burst from their bodies after infection from alien creatures in certain movies over the years probably hasn't helped.