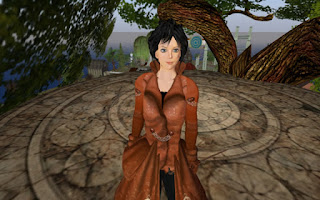 The Newser was recently informed of the passing of two residents. Last night in Steelhead and Relay chat, it was revealed that Riven Homewood, Jean Hewlett in real life, had died on Monday afternoon. Besides Steelhead, she was a member of several library groups, and a member of the Relay for Life Team ACTS (Aether Chrononauts Tiny Steps). Oldesoul Eldemar spoke of her, "Real life and Second Life and many other places will be poorer without Riven's wit, humour, originality, commitment to good thinking and good talking, and the indefinable, wacky vivaciousness which she pursued her life. ... She was very involved with Relay, Fantasy Faire, and breedables with her ABC horses."

Plans for an inworld memorial are being arranged by JJ Drinkwater. Details will be posted when available. Nothing is known of the cause of death yet aside it happened suddenly. 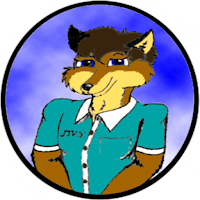 The Newser was also made known of the death of Foxkin Impfondo, Known as David Von Foxkin outside Second Life, inworld he was the owner of Foxkin Rentals, which consisted of well over a dozen private sims. Although a few were sold off, many have closed following his demise. Sonicblu Darkfold stated on his puppet show's page on Facebook that Foxkin had passed away on February 25 of complications from a heart attack at the age of 58. His health had been in decline for a few years. "He will severely be missed by his friends and colleagues that have had the pleasure of knowing him." Sonicblu stated. Chistos Shatner would write on the Foxkin Rental Group page, "Foxkin, you were someone who shared in our joy and someone who guided us through dark times. You were friend and mentor to so many of us. We will never forget you."