Cartoon of the Day: Head Linden 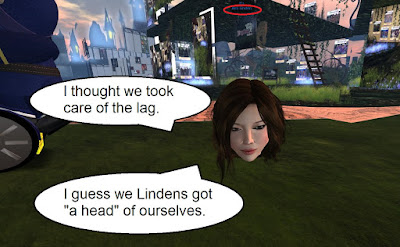 Taken at the "Lindens Jail and Bail" at the Fantasy Faire. Dropping by there, the lag was so bad, most avatars were only half-rezzed or just nametags. While I wasn't able to get the total amount raised as the kiosk never rezzed to me, someone told me the amount was close to 250,000 Linden dollars.