News and Commentary: Sansar Newsblog on Hiatus After Dispute With Linden Lab

If Linden Lab has a theme song these days, it might be "Oops, I did it again."

In December, Linden Lab found itself in a public relations flap when Strawberry Singh was asked by them to remove or edit a video with Second Life's eye-in-hand logo. When the Lab later apologized and annouced their trademark policies would be revised to allow others to promote the virtual world, all seemed well. But recently there was a dispute involving a blog of Linden Lab's other virtual world: Sansar. 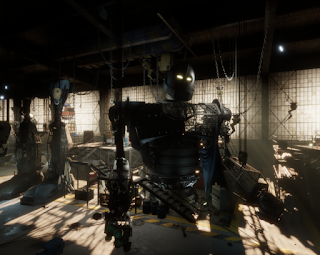 On January 8, Ryan Schultz posted in the Sansar Newsblog about the "Aech's Garage" location, a build of a place in the upcoming Steven Spielberg Movie "Ready Player One." Shortly afterwards, he was contacted by Linden Lab, and he was asked to take the pictures in the article down and apparently there was a problem with the blog's use of the word "exclusive." "Apparently, someone at one of the many companies mentioned in that blogpost is upset," he would later post in the comments of Inara Pey's article on the location, telling her, "you’d better be prepared for a request from Linden Lab to take down the pictures you posted to this blogpost." Besides Sansar Studios, the companies involved were Intel, HTC Vive, and Warner Brothers.

After some talks with more in Linden Lab, Schultz was able to repost the images without fear of trouble. But he was asked to take down the word "exclusive." And there seems to be some problem with the name "Sansar Newsblog." "I have asked Linden Lab for clear, yes-or-no answers," Schultz stated about the issue of the pictures and the name of his blog, and had only gotten one for the former. As a result, he is putting his blog on hold.

I don’t want to lose that tight focus on Sansar, on which I have worked so long and hard on with the Sansar Newsblog these past five months. ... I may not be a Warner-Brothers-size company, but my blog is important to me and, if I can believe the comments I have received in support, important to many others as well. Until I get clear, authoritative yes-or-no answers to BOTH of my two questions (Can I repost the pictures I took from Aech’s Garage? Can I keep the name Sansar Newsblog?), I’m not going to bother spending my time and money blogging for Sansar. Linden Lab can go find some other blogger to cover and promote their platform.

Right now, I have only a verbal okay from Ebbe Altberg at an in-world meetup months ago that the name Sansar Newsblog is acceptable to Linden Lab, but after this recent incident, now I want more. I want a clear “Yes” or “No” from someone official at Linden Lab that the company is not going to ask me to rename my blog.

Until I get clear “Yes” or “No” answers to BOTH these two questions, from someone at Linden Lab who is authorized to speak on behalf of the company, the Sansar Newsblog will remain on hiatus.

He would later update his post. saying he had gotten an apology from Ebbe Altberg, Linden Lab's CEO. "I do still have a lot of love and respect for Linden Lab. ...  However, I will wait for Linden Lab to issue new brand guidelines for Sansar before I start blogging again. I am really tired, and I need to take a break. ... perhaps two or three weeks at most. The blog will be back, either as the Sansar Newsblog, or under a new name with a new focus."

The incident has been starting to get attention from other blogs and newsletters. Nalates Urriah was reminded of the trouble with Strawberry Singh last month, " ... it looks like the Sansar team is going to have to go through the same learning curve. But, I had hopped the SL experience of the Linden support people, like accounting, legal, marketing…, would carry over. I suppose not, now that I see this second ‘take down’ call." Isabelle Cheren would write about it as well, "Be thoughtful to people who visit. Sansar needs the promotion and here you go and upset a person who promotes it daily, often a number of times a day?" Inara Pey, when asking the Sansar community team for answers, was told, "users are not discouraged from posting screenshots from any experience that is open to the public as long as there is no claim to exclusivity, early access, or other potentially misleading statements or claims that are untrue or could be construed as an official statement from Linden Lab or Sansar."

After Sansar was officially opened, it had gotten a lukewarm reception from most. I had gotten a number of comments asking for the Newser to focus on other subjects, notably when the Second Life Friends Facebook group told me any links to Sansar-related posts would be removed. With the Sansar Newsblog on hold, the next-generation virtual world is without a blog that promotes it with singular focus. It would seem once again, Linden Lab's heavy hand has backfired.