Recent Windows Updates May Slow Down Your Computer


If you think your computer isn't running as fast as it was, you may be right. But it may not be hackers slowing it down, but measures to stop them. 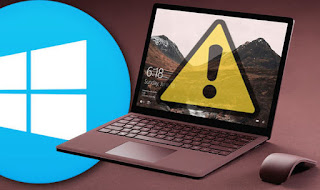 On January 3, Intel and other makers of computer chips announced that two flaws had been discovered. Nicknamed "Spectre" and "Meltdown," they exposed the users of the computers with the chips to potential hacking attacks. The result has been both companies and individual computer users having to update their computer software. Unfortunately in the case of Windows updates, there are problems. The company "confirmed that some Windows 10, 8 and 7 adopters will face slower computers once the patch is installed."

There's also a report that the CEO of Intel sold the maximum amount of stock he could, about $24 million dollars worth, upon finding out about the flaws.

It is unclear when there will be further updates that allow computers back to their previous speeds.