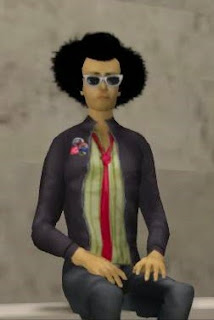 One of the more familiar Lindens to Second Life residents, Peter Linden, will soon be departing Linden Labs. Known as Peter Gray in real life, he was known as the Lab's public relations spokesman, officialy their Senior Director of Communications. But no longer.On Tuesday January 2, Hamlet Au and Inara Pey had received emails from Gray that he was leaving Linden Lab. His new place of employment: Facebook. He will be working at the communications team of Facebook AI Research

"After about a dozen years doing marcom in the virtual worlds/VR space (starting way back in '06 as part of Linden's external PR team), it's time for a new adventure, and I'm excited to be moving on to join Facebook's comms team for AI."

"I'm not sure if anyone else has been doing marcom in the virtual worlds / VR space longer, but 12 years is a pretty long time (in the tech world, at least). What's helped to keep it interesting, exciting, and rewarding all these years is also a big part of what made becoming a Linden appealing in the first place: the enormous range of stories to tell. I'm grateful to all the SL and Sansar users who are doing such interesting and creative things with our platforms, and in particular to those who have gone out of their way to share their stories over the years. "

Peter Linden had spent over eight years at Linden Lab, joining in 2009 and serving under four different CEOs and went through a number of turning points in the company's history such as when 30% of it's staff was laid off. His avatar has been seen in a number of events such as the Second Life Birthday and Virtual Worlds Best Practices in Education.  It is not clear who will replace him.

As for Peter Gray's new job. it's likely to be an eventful one as last year, Facebook had to squash rumors that they had pulled the plug on an AI that had gotten "dangerously smart."