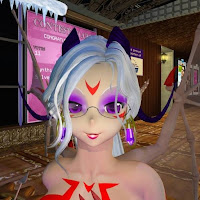 Valkyrie Ice McGill, a member of the Sunweaver community of which the Newser office is located in, was recently interviewed for part of an article in the online science news magazine "Futurism." Valkyrie, an advocate for "morphological freedom," was quoted in "Reproductive Tech Will Let Future Humans Inhabit the Body They Truly Want," dated January 9.

The article was about the possibility of uterine transplants for male to female transgendered, which are currently open only to women with damaged uteruses or without one. The subject is not without debate. In one survey, "nearly one in three obstetrician-gynecologists said they believe uterine transplants are unethical." One other person quoted stated, "A lot of people have questions about whether this is a valid allocation of health care resources." And some feel this level of surgery should be reserved only when someones life is on the line, not for quality of life.

But as surgery techniques improve and the risk becomes less, there very well may be some interesting possibilities. “We can rebuild every part of the human body: teeth, bone, just about anything,” Valkyrie was quoted as saying, “What we don’t know how to do at the moment is put all of this together into one single cohesive piece: the Da Vinci surgeon robot that takes a 3D map of your body and then plans a series of microsurgeries to slowly transform you from one thing to another.”

When I talked to Valkyrie, I asked her if anyone she talked to had reservations about her desire for people being able to change themselves on such a level on the grounds of being worried about "supermen," such as Khan and his followers in "Star Trek" and the gene-splicers in "Batman Beyond." She answered that hasn't really been the issue, "mostly it's been 'why can't you just be happy being what I feel comfortable insisting you be?'" One extreme example of this was recently when she had posted about the interview on Facebook, and someone responded with a death threat, "he basically said that my being transgender meant I was the problem with this country, that I was trying to tech his kids to be transgender, and that I should die. ... he claimed he wanted to (be) a girl as a kid, but 'wised up' and that I should too."

Valkyrie has quite a resume of online magazine writing, which include H+ Magazine, Acceler8or, IEET, and Transhumanity.net.