On December 28, the residents living in the St. John Estate got an announcement from the owner, Gabrielle Riel. She had made the decision to close the sims and "semi-retire" from Second Life due to pressures in real life demanding her attention.

"I am closing the whole estate because my real life demands my full focus now. I am not going to have time to manage any sims, even a few," she stated in her blog, "for the foreseeable future I will just log in to Second Life to play my gigs, which are Songs from The Nightingale on the first Sunday of the month, The Temple on the first Thursday of the month and The Rosehaven Ball on the second Saturday of the month. I will also play gigs for hire according to my availability. 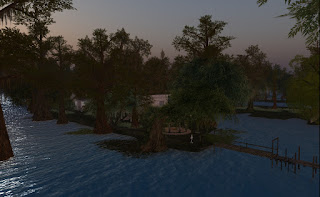 "I don’t see myself logging in for any other reasons than that for now. Second Life stopped being social for me over 10 years ago and I don't really have the desire to just log in and be social. Plus, 2017 killed the joy I had in certain types of social interactions in SL. I dealt with too much ugly, too much crazy, too much toxic, too much loss, too much abandonment, too much disappointment and too much grief.

The sims will be closing one at a time, from January 5 to January 30 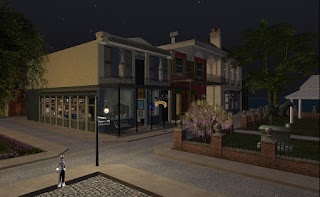 Some of the sims will be available for sale, but Gabrielle stated, "however keep in mind that I am clearing the sims. I won’t sell any of the sims with the builds or landscaping. The buyers will also need to move and rename the sims."

Gabrielle's Radio Riel will remain up and running. Although the community newsletter the St. John Intelligencer (http://stjohnintelligencer.tumblr.com/) will remain up, it will no longer be updated.

Source: Songs From the Nightingale