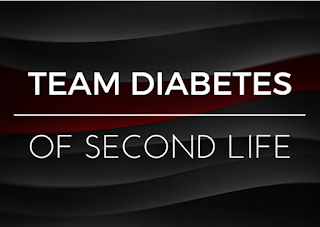 On January 8, the Newser reported on Team Diabates in Second Life stating someone had spammed their group chat during a fundraiser event on December 30, saying he was doing an event of his own for charity and that the money would go to Team Diabetes. But none of this money, over 100,000 Lindens according to the man, never made it to the Team. The Newser had messaged the man in question, Oenneo Resident, but never got a response.

A few days ago, LoriLynnGrimes would sent a message of apology to Team Diabetes and OYO Breedables, saying Oenneo had confessed to lying about the money he raised from the chat spamming going to charity. 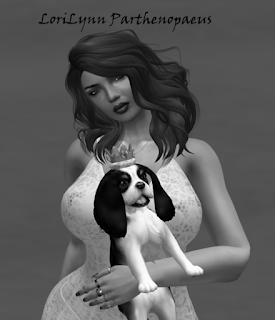 I want to first apologize to you all. I will explain. I had no reason to doubt neo. He was my heart and I loved him and ultimately trusted him. I sadly trusted the wrong person and it was not only you two whom were hurt in the process. He never paid a charity I am finding out now. I gave him the earnings from the raffle we had and he did not do as he said. But what he did do was pay for a massive building to be made called "The Ark."  He plans to open it up in March called "Galaxy Enterprises presents the Ark Experience."

I am so disgusted and ashamed and would somehow like to do what needs to be done to make it better. I am heart broken he took all that money. Even if I have to pay every week to square the promise donation I will. I am so very truly sorry. I am just so sick and so humilated in what he did. I will also do whatever needs to be done to make things right. I am so devasted and feel so used and exploited. I wanted so badly to help people and he took advantage of me and also my patrons. He disclosed to me this evening he did not give the money to the american diabetes. I felt my whole world crumbled just then. I was so so devasted. I broke up with him instantly and also closed the business I shared with him. I cannot be with such a vile heartless human being. I am so sad he did this and hurt so many people. I hope to hear from you soon in how to make things right.

My son ******* was killed this past October and I was not really complete when I began really trusting Neo. I was destroyed by my sons murder. I have no accuse for my mouth other then I truly felt Neo was being honest. I was at sucha weak point in my life and allowed him to control every aspect of my business and I did not see what he was doing.

Anyways I am truly sorry for everything and I will make this right. Just need to know how.

So it seems there's finally an answer on what happened to the money in question. How LoriLynnGrimes will "make things right" with Team Diabetes remains to be seen.