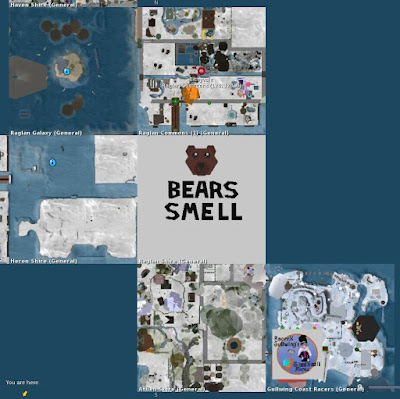 About a year ago, The Raglan Shire region was the scene of some map madness. Last week, it started up again, with someone skywriting "Bears Smell" over the sim that "bears" the region's name. What local ursines had to say about the statement is unknown. 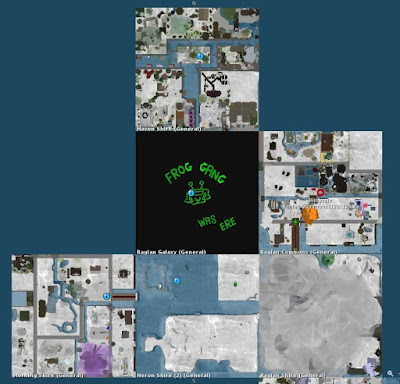 Yesterday when I looked, the message over the sim was gone, but over Raglan Galaxy was a new one: "Frog Gang Was 'ere.' Just who the "Frog Gang" would be is unknown, though Frogg Marlowe of "Jaycatt and Frogg" can be ruled out.

What mayhem on the map will be next, time will tell.