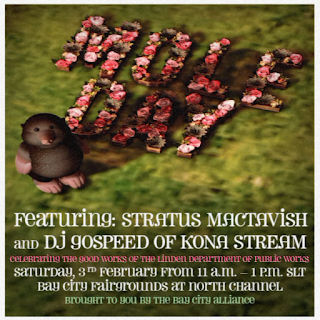 BAY CITY, SL  - It’s nearly that time of year again when we look for furry little shadows. You do have your shadows enabled, no? It's not about groundhogs -- it's about the Moles of the Linden Department of Public Works!

Initially honored in 2010 by Residents of Bay City, Mole Day is set aside to show appreciation for The Moles and their many contributions to Bay City and the rest of the Second Life® Grid.