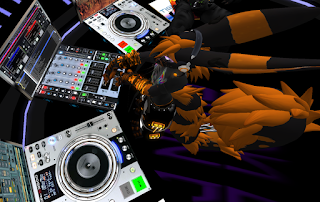 For five years from April 2012 to October 2017, Club Furnication entertained numerous fans. Among the DJs who performed there was it's owner Nemoen Magne, aka DJ Nemo. Yesterday, one of the staff of the club, ĸιιdaѕнιa (Kiirya Huntress), informed the Newser that Nemoen had passed away on December 31. The cause of death was complications form pneumonia. Nemoen, Chris Kurs in real life, was 40 years old and is survived by his father, two sisters, and his Second Life partner Asher Ninetails. 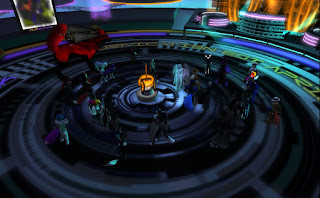 Kiirya told the Newser that the closed club had been temporarily reopened high above the Image d Alliez sim for the purpose of fans of the club and owner to come by and remember him from Thursday to sometime Sunday. When I dropped by there were a couple dozen patrons and staff talking in both text and voice. "A lot of us wouldn't be where we are if it wasn't for Nemo." "He was a really cool guy." "Even if you were pi**ed off, Nemo would find a way to make you laugh." "He loved everybody." "He was very forgiving. He had a big heart." "It was impossible for him to stay mad at anyone." "He was a great guy." "There wasn't anyone leaving here without a smile if Nemo was here."

Some whom were asked to drop by the event hadn't known, "I think I'm gonna cry. Why didn't anyone tell me this? (sob)." One woman told a story about how she was on the verge of suicide, but Nemo took the time to sit next to her for some hours and listen. "I learned there were still nice guys in the world." 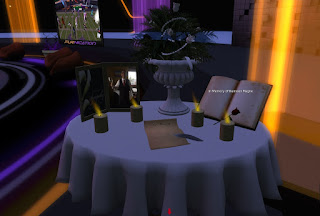 It was stated that there would be some DJs playing music part of the time, "This is what Nemo would have wanted. He lived life like a party, and he would have wanted the party to go on." While the future of the building is uncertain, the staff made it clear the group would continue, We *are* staying around as a community." As of now, there are over 1150 listed in the club's group.

There is a Gofundme page for Nemoen to help pay the cost of the funeral. The goal is to raise $7000. The page can be found at https://www.gofundme.com/ke6mlw .

The Furnication club building will be up temporarily until sometime Sunday at Image dAlliez (127, 127, 2500)