A Resident's Request to Linden Lab About Griefers 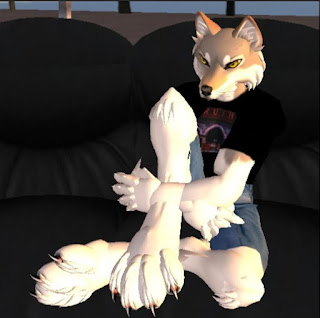 Griefers have been a problem in Second Life almost since the beginning. They come in two varieties. There are those whom like to play mindgames and cause drama. And then there are those whom rely on more visible attacks such as mass image rezzers like the old "Mario Moshpit" attacks. The more persistent rely on numerous alt accounts. If one gets banned, they just use others.

Lately some friends of mine have complained about "dumbcube" attacks, a cube place in an area that's open build, and quickly makes numerous copies of itself, causing a great deal of lag. Among them is Shockwave Yareach, whom is active in both the Sunweaver and Caledon communities. He felt that Linden Lab should be able to do something about these pests.

"We are having problems with griefers," he told me, "And I would like to suggest to the tech Lindens ways to fix it." He brought up one way, "The technique used to attack is that ANYONE can shoot a gun with TempPrim bullets. Then the bullets change to NonTemp. It's just code. The fix is: Do not allow any code to set the temp property back to FALSE.  Ignore inputs of FALSE in setting prim parameters in LSL. Then temp prims (bullets) cannot turn nonTemp (and wreck sims). Takes no time at all for the server code to be changed to do that.

"Long term, why can't we ban people based on the MAC address of their ethernet cards?  Can't fake that." When asked why the Lindens hadn't been doing that, Shockwave wondered, "They haven't thought of it? I can think of no good reason a temp prim becomes nontemp.  There might be one, but it allows anyone to grief without consequences and gets around the defenses."

I brought up that there seemed to be less of the more physical kinds of griefing than in the early days of Second Life. Why might this be? Shockwave answered, "I have no way of proving it.  But games like Eve Online not only allow such griefing, but it's rewarded and expected.  Backstabbing and wrecking everyone else's good time is part of daily gameplay in Eve Online.  So I suspect all the Goons have gone there. Now, people being silly is fine.  Even people doing stuff that only momentarily obstructs others activities has its place.  But sim killing and physics breaking have NO place in any virtual world. And if you don't like someone, you don't have to hang with him on their sim.  Go someplace else.  No point in ruining others good day because you had a bad one."

Shockwave really didn't have anything else to add on the subject, "Just that banning people by MAC address would make it pricy to be a punk and harder to get around the bans."

Will griefers always be an inevitable part of Second Life like crashing and sim tier? Or will one day the Lindens find a way to deal with it? Time will tell.