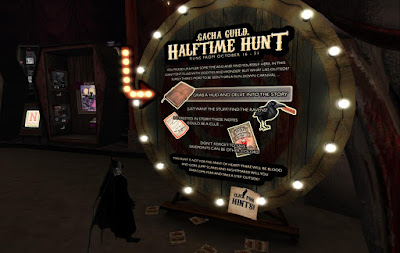 It's Halloween, and the last day to enjoy some Halloween events. Two offer spooky thrills as well as prizes. At the Gacha Guild, it's the last day to take part in their Halftime Hunt. Head to the grounds, find the huge spooky head, check the board on how to play and get the HUD and flashlight, then go through the head's mouth, and enter the dark carnival. 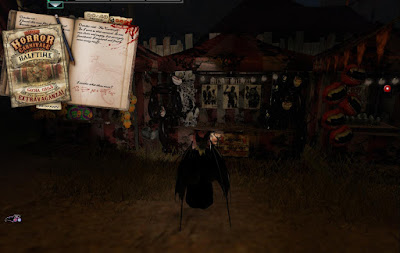 The game promises prizes for those who look long enough, click on the ravens, as well as a story about what happened. A short look revealed nothing of either. Just be careful of where you step, of you'll be sent back to a respawn point. 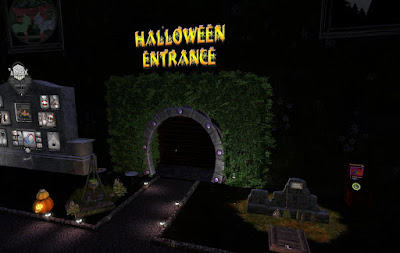 One of the Gacha Guild participants, Furry Fashion, also has it's own Halloween Area, complete with a maze with treasures to find. 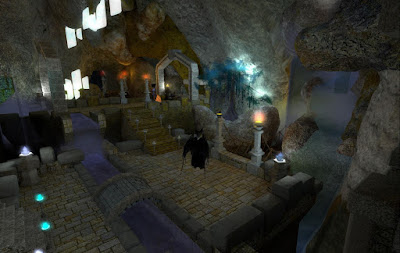 The maze itself has a few rooms, divided by a maze of caverns. Click on the globes to get the prizes. But of course there's plenty of sights. There's also a photo contest going on, so if you see a great scene, take some pictures.

Check out more haunts in the Destination Guide.