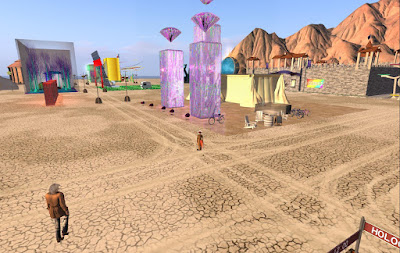 Burn2 started yesterday afternoon, Friday October 09. If it seems a bit soon, it's because the Burning Man festival which normally takes place in Black Rock in the late summer was canceled this year and held in virtual reality, including here in Second Life. But Burn2 goes on as usual, with the same theme: "The Multiverse." 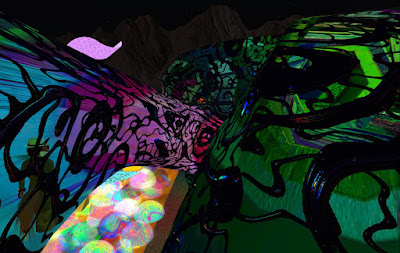 The Burn2 grounds have several sims with some colorful and trippy exhibits. 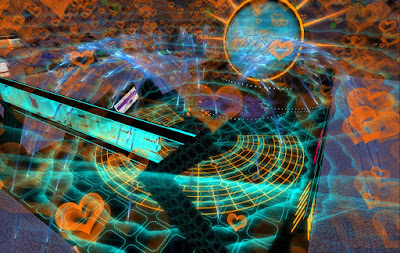 And there's DJs playing some music at events, some with lots of special effects.

The festival goes on to Sunday October 18, the day before being the main event, the Burning of The Man. So if you like art, music, and especially both, head on over.