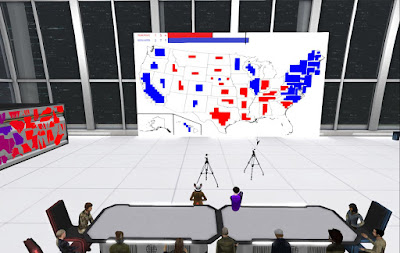 In the United States, it's Election Day, and time for Americans, at least those whom haven't done so earlier, to vote. It's been a unique election, and while there are always those who feel each election is the one the future of the country depends on, this time more than usual consider this one vital.

People will likely hang out at one of several locations, such as the Election Simulator (above), one of Second Life's political areas, and even Book Island is offering for those anxious about the election to come and hang out. So who will win, Trump or Biden? We may know sometime tonight.

So go out and vote (if you haven't already), and come and hang out in Second Life.