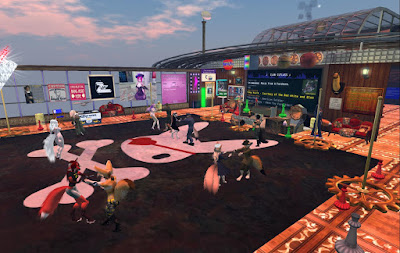 On Veterans Day, Wednesday November 11, the Sunweaver community's main club, Club Cutlass, held a themed event from 6 PM to just after 8PM. The idea was dressing up as a soldier or sailor. DJ Cynthia played the music of the event, which was music of various conflicts in American history. There were a few tributes made later, such as "The Battle of New Orleans" which was made a century and a half later. But most songs were made at the time period of the conflict, though in the case of the older ones they were sung by singers of today. 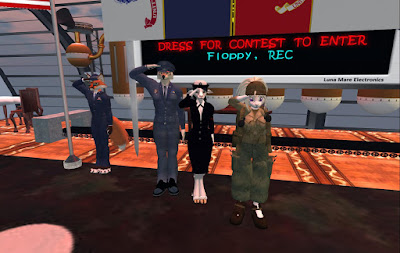 Near the end of the show, four of the Sunweaver communty's veterans, Zorro Wuramunga, Shockwave Yareach, Cynthia Farshore, and Rita Mariner, did a salute. A fifth, ReCoyote Mindes, had gone away from keyboard due to something in real-life.

There would be many other Veterans Day events across the Grid, such as the Veterans Tribute.

It should be noted the Sunweaver/Angels community has a number of other veterans, such as Jasmine Dawn. Others also have veterans in their family. Thank you all for your service.