Number of Sims Moved to The Cloud Passes 50% 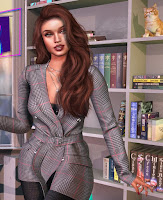 Of the move of sim data to Cloud servers, a noteable milestone was achieved a few days ago, at least according to Daniel Voyager. In his blog, he reported that Stawberry Linden had told him that April Linden had told her that half the sims now had their data in The Cloud.

Hi Daniel, this is Strawberry. I have confirmed with our Sr. Engineering Manager, April Linden, that over half the regions in Second Life are now running in the cloud.

Since this was a few days ago, The Lab has no doubt continued it's work. How long will it take until the move is complete? Daniel Voyager himmself thought it would be "six weeks or so."