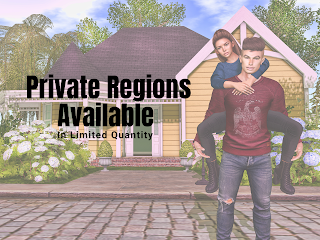 In May, Linden Lab announced that it could no longer guarantee that anyone whom was interested in getting a new sim would be able to. This was due to the increased demand for them while they were in the middle of the transition of their data to cloud servers. On Tuesday November 3, there was an announcement from the Lab that with their progress on the cloud move, they were "ready to begin offering new private region purchases," though still in "limited quantities."

In light of more regions being moved to the cloud, we are pleased to announce that we are ready to begin offering new private region purchases in limited quantities. As we continue to uplift more of the grid, more regions will become available over time, eventually leading to the Land Store being reopened. 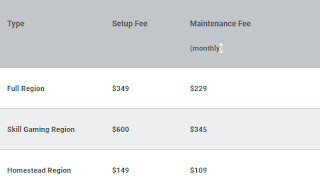 Those wanting a sim are asked to send a ticket through the Lab's Support Portal, "The ticket can be submitted under the Land & Region > Order Private Region category." After the ticket is sent, it will either be handled or added to a waiting list "which will be handled in the order the submission is received." The Lab reminded the sim's name had to conform to naming guidelines, new sims are charged setup fees, and those wanting sims where "skill gaming" could be run would be paying much more.