Unusual Sight on The Grid 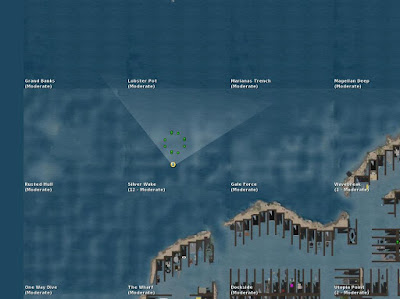 Going about the Grid on an alt while testing a Cloud data detector (more on that later), I stumbled across a few unusual sights. One was a location I'll try to describe in detail later. Another was this circle of avatars I saw on the map just off Bellisseria. 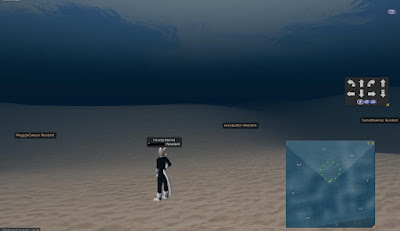 Taking a look, all of these avatars were underwater, and appeared invisible. They didn't respond to me, so presumably they were alts that were placed there, for some unknown purpose. As this was a water sim with no attractions, not sure what they were trying to accomplish other than a neat circle on the map.