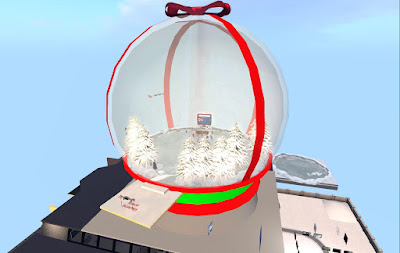 Different clubs are doing different things for the Christmas season. Some just put up a few small decorations. But Urban Furry went all out. Whiskey (Thorrin Resident) made a huge snowglobe that people can dance in. To get there, go through the double doors between the candy canes near the main entry area. It opened on Friday November 27, and started having events that night.

It's not the first time the club did something big. In December 2018, they had a larger winter area.