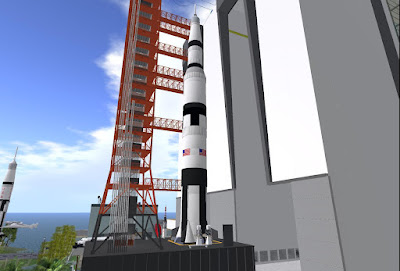 It was 52 years ago, July 20 1969, that humans first set foot on the Moon. The Eagle lander from Apollo 11 touched down on the Lunar surface. In Second Life, there are a few reminders of those days. One is the Saturn V rocket at Spaceport Bravo (57/57/38). 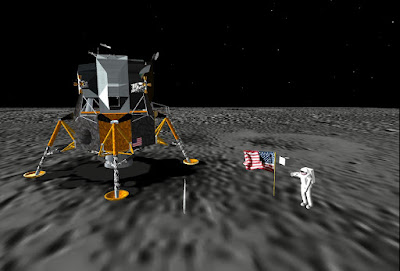 In the past, there were other exhibits, such as the Saturn V rocket that took off every half hour, taking with it anyone in the crew capsule. And today there was space news as Jeff Bezos took off in the rocket his space company made, which was a leap for private manned space programs.

Posted by Bixyl Shuftan at 6:59 PM