Minecraft Classified as an Adult Game in South Korea 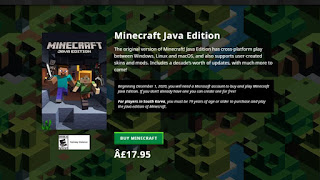 The highly-popular Minecraft game is known for being a number of things. Among them it's kid-friendly graphics. But according to an article written by PC Gamer's Mollie Taylor, it's been labeled as an adults-only game in South Korea.

Why designate the child-friendly game as for those 18 and over only? The Republic of Korea has a law banning minors 16 and under from playing games between Midnight and 6AM local time. Instead of going through the expense and hassle of developing an installing a method to keep those gamers in the country from playing their games those hours, Microsoft opted to just limit playing the game there to adults 19 years and older.

At first the law didn't affect gameplay as Mojang accounts don't need age verification. But that changed in December 2020 as gamers there would need an Xbox Live account to access the game, and in March came a warning that anyone in the country wishing to get the game would need to be 18 or older. The result has been the game having a split age-rating in the country, officially labeled as 12 and up but thanks to Xbox is de-facto limited to those 18 and over. Naturally, the situation has gotten many in South Korea upset, "Korea will become [the only game market] where even Minecraft is reduced to an adult game."

When contacted by PC Gamer, Microsoft responded, "We’re working on a longer term solution for existing and new players under the age of 19 in South Korea and will have more to share on this later this year."

Posted by Bixyl Shuftan at 5:16 PM