Second Life Birthday Sims To Close Today (For Most) 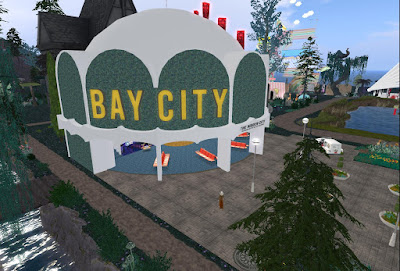 Yesterday, Tuesday July 6, was the last day the SLB sims were scheduled to be open for the Second Life Eighteenth Birthday. So the sims had a number of people going about for one last look at the exhibits. Group chat was full of people saying how much they enjoyed the event, and more than one commented they were going to have to leave some exhibits unseen as they didn't have enough time to see them all.

An alt of mine was able to get in the sims after Midnight. So it's possible the sims will be accessible for part of the day. But the schedule is for the sims to be closed and the exhibitors to take what they want picked up.

Yours truly was up late last night exploring around, so before writing more, it's time for some much-needed rest.

Addition: My alt was still able to get to the sims at 9AM SL time, but the main music stream was turned off and some exhibits were already gone.

Addition 2: At 1PM, my alt could no longer get into the SLB sim. So presumably they were closed to the general public at Noon.