Activision/Blizzard Sued By California, Charges of Discrimination and Sexual Harassment 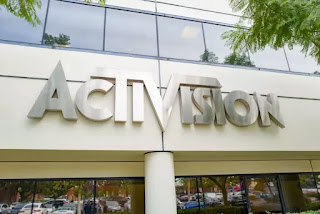 Activision/Blizzard, the company behind some of the world's most popular games, is the target of a lawsuit filed by California. Filed by the state's Department of Fair Employment and Housing, the company is charged with having a "frat boy" culture in which not only are women paid less than men while working similar jobs and promoted less often, but are "subjected to constant sexual harassment."

The allegations are not limited to simple jokes, but include "unwanted sexual advances," being groped at "cube crawls" in which men drink plenty of alcohol then "crawl" their way around cubicles where women work, and more. Activision/Blizzard is described as not investigating the numerous complaints made by women employees, and those who complained were sometimes retaliated against, including being subject to layoffs. The lawsuit also describes, "In a particularly tragic example, a female employee committed suicide during a business trip with a male" who brought sex toys with him.

Activision/Blizzard has denied the allegations, a spokesman issued a statement saying the filing contains "distorted, and in many cases false, descriptions of Blizzard's past." He would go on to say, "Over the past several years and continuing since the initial investigation started, we've made significant changes to address company culture and reflect more diversity within our leadership teams." Blizzard's President sent an email to employees saying he would be meeting with a number of them about the "extremely troubling" charges. Activision's President stated "there is zero tolerance for this sort of behavior." But over twenty Blizzard employees have spoken out against this response, including one lead game designer, "The statements made by [Activision Blizzard] do not represent us. We believe women, and we will continue to strive to do better and hold others accountable. Actions speak louder than words."

Players themselves have responded with actions such as in-game protests in support of the women involved. It is not yet known how many are canceling subscriptions in response to news of the lawsuit.