A Visit to Inspire Space Park 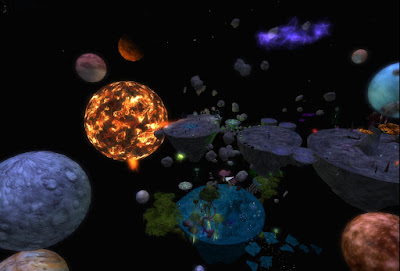 This week, I decided to drop by Inspire Space Park. It's considered a "must-see" area as it's a visual treat with it's sights of what could best be described as a cosmic dream with it's asteroids, planets and stars orbiting all around the planetoid and rocks you're on. It's not a new area, but has been around since 2008. But thirteen years later, the place still looks dazzling.

We wrote about the place a decade ago. And we wrote about one of the many events there a few years ago. But it's best to see such a place in-avatar. Head on over along or with a friend and just admire things from the platform or hop on a poseball and just drift away in the stellar skies of imagination.