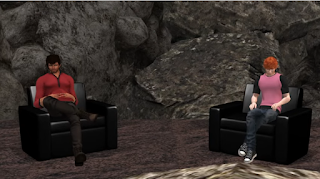 Plenty happened at the Virtual Worlds Best Practices For Education conference from Thursday March 31 to Saturday April 2. Among the discussions was "What's Up At The Lab" in which Patch Linden was interviewed. "My mind gets lost trying to think through the various things," Patch admitted during the talk. He would discuss things like the Amazon Cloud servers, a mobile viewer still being looked at, and Marketplace getting "fine-tuned refinement." But he would also mention the Lab working on sims in which many more residents could be in at once.

Patch stated these high capacity event regions had seen some testing, notably at shopping events. He brought up that some had "cam regions" in which people had to look at the shopping stalls from outside, and these kinds of sims would make that a thing of the past. Testing had shown they could run a hundred avatars "safely." Patch was saying the goal was to have these sims hold up to 150 avatars, "and still be able to walk around and move and see everything." Patch felt it was "Mindblowing" to be in a sim with not 30-40 avatars around, but a hundred to a hundred fifty. He felt the technology could eventually be used to have "true large-scale auditorium style events beyond the capabilities of what we have today." 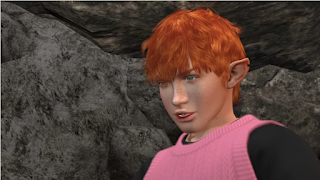 Patch did say testing was far from done, noting that lag on these seems seemed to increase "exponentially" once the number of avatars passed 175. He wanted to hit 200, "we're marching our way towards that. ... We did actually hit 197 in one of those really big shopping events." There was much that had to be decided, such as how much it would cost residents to have one of these sims.  But Patch did say the Lab would offer high capacity sims with an educational discount. At the moment, no plans to have these high capacity sims to have a higher prim allowance.

And the capacity of the Second Life grid? Patch stated the days of Second Life crashing when 100,000 were on are "behind us" thanks in part to the Amazon Cloud Servers, "We can go as big as we want. ... that'll be amazing once we get back to those numbers again."

Addition: When Patch was asked if high capacity sims could be part of this year's Relay Weekend, Patch answered "Maybe."