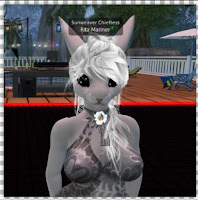 Since we last wrote on Rita Mariner, the leader of the Sunweaver community and captain of the Relay for Life's Sunbeamer team, more information has come in. I managed to get in touch with her at the hospital. She told me the problem came about when at home, she had fallen and was unable to get up "due to muscle weakness and extreme pain," so she was stuck for five hours before help arrived. While she had her cell phone, it wouldn't connect with her wi-fi. So she ended up in the hospita. Her complaint: while the food was good, it wasn't enough, her describing it as more fitting for someone about 90 lbs. Someone had sent her flowers on behalf of the Sunweavers, which she was grateful for. Coming down with an infection, she spent about a couple weeks in intensive care before being moved to rehab. 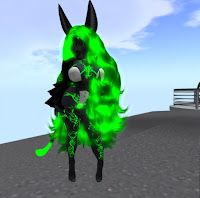 Rita's laptop had been sent out to repairs, and is expected to have them finished soon and the machine returned to her, after which she should be able to resume getting online, and in Second Life. In the meantime, the activities of the Sunweavers, and the Relay Sunbeamer team, continue. Among the later, the four "Bid Me" events going on at Cutlass, the first three being joined by Valkrie Ice's "Bid Me Jackalgirl," which end tonight. For last-minute bids, head to Club Cutlass at Sunweaver Bay (114/117/757).

Posted by Bixyl Shuftan at 2:08 PM