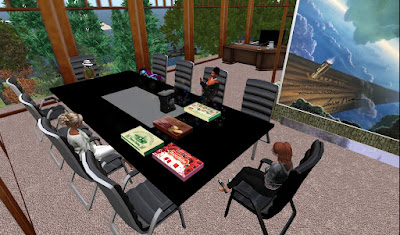 A few days ago on Saturday April 9, the Newser team held it's monthy crew meeting at our main office in HV Community. Attending were Gemma Cleanslate, Rosie (RougeRedHead01 Resident), Dancerina Starlight, Penny Shuftan (DeafLegacy Resident), and myself. We would talk about possible subjects to cover, including the recent VWBPE conference, the debut of "Virtual Cultures in Pandemic Times," the upcoming Fantasy Faire, and more. 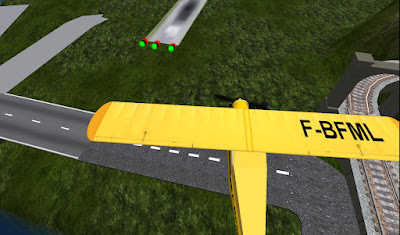 While we were having the meeting, we heard a noise outside. Looking around, it was Cynthia Farshore flying around in a Cessna. She would pass by the office a few times. I tried to take a picture, but just got the tail.

Hopefully I'll have better luck with the plane pictures at the Air Show later on.