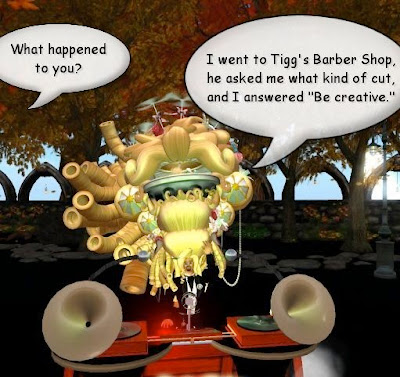 The Passionate Redheads aren't the only team whom go for laughs. This picture, titled "Fuzzball's New Hair," came with an announcement of Team Steelhead officially making the Platinum category by raising $2,000 US. The announcer stated, "I said if we make it, I'd wear the wackiest wildest hair around. Well.........here it is."

The notice was titled, "Make Sure Tiggs Sees This." Not being at the event, I don't know who Tiggs is, or if Fuzzball is the guy's real name. But I figured they'd get a chuckle out of the cartooning.