Looking back at the Relay, there were many builds. Some I didn't have much of a chance to look at, and most likely many escaped the attention they deserve. Among those that I did see was a particularly beautiful build in the winter region: the Snowglobe. 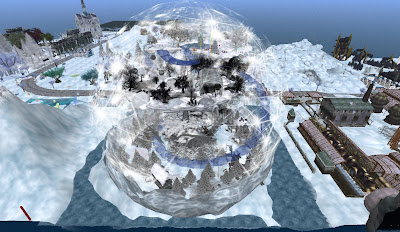 The Snowglobe viewed from above. 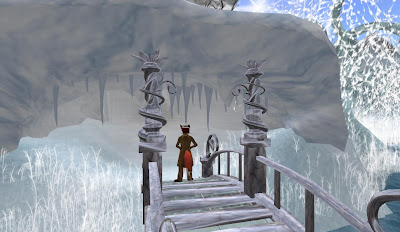 The entrance to the Snowglobe 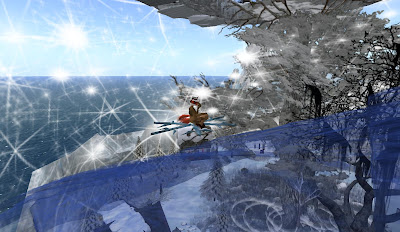 One could walk up the levels of the snowglobe by way of it's ice walkways, or taking the snowflakes up. 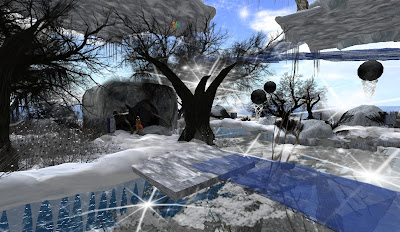 The Longest Winter whispers: When I first heard that word I felt a chill.
Winter came in a monochrome storm…a flurry of black and white..X-rays and CT scans.
Endless pages of neatly typed pathology.
Hospital halls, sterile offices, and starched white coats.
All in stark display against a growing bleak grey horizon that seemed to be the future for me. 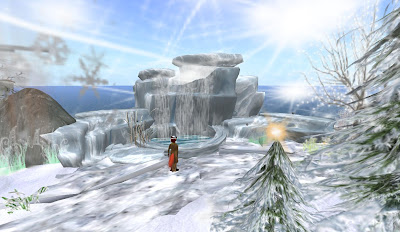 The Longest Winter whispers:
I wanted to live.

A chorus of consonants…malignant,metastatic, morbidity, chemo, CANCER!
Nights of nausea…a forever of fatigue…an infinity of infection…this vast sea of despair swallowed my senses.

The world was stark and dark and hope guttered like a candle set against the wind.
The world was frozen and I grew cold.

I wanted to die. 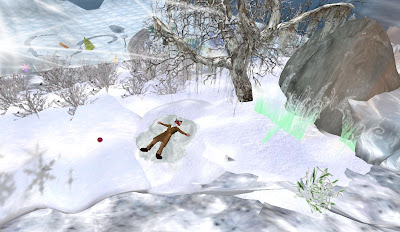 The Longest Winter whispers: Somewhere the consonants turned to constants.
Compassion, concern, caring companionship, conquering fear, despair and denial.
I dreamed of the hundred hands that had held mine through everything, each holding out a shining crystal snowglobe.

But it wasn't me.

I woke to see the crocus pushing their way through the snow.
The winter was fading.
The fear was too. 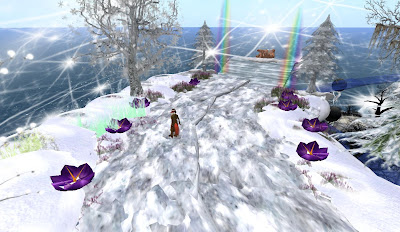 The Longest Winter whispers: As a child I had a snowglobe.
Gazing into the silvery sparkling snow at the tiny-toy town I would imagine it to
be a crystal ball that could show me the future.
A hundred hands holding the little globe out to me.
I went out to walk in a fresh snowfall.

Someone had shaken the world and made it beautiful again. 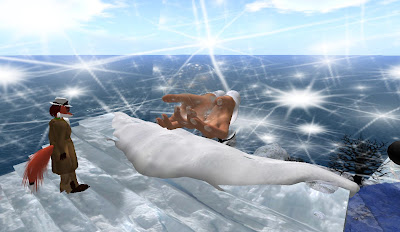 The Longest Winter whispers: I was fighting the cancer while fear was the enemy all undiscovered about me.
I was never alone.

I cannot see the future but I know I have won. I live now. 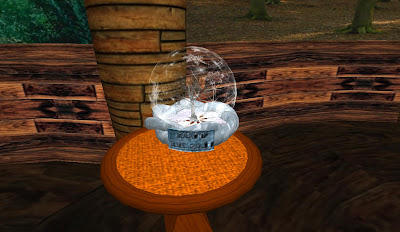