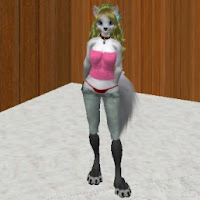 Last year, the Passionate Redheads held three "Bid Me Human" events in which furry volunteers offered to go human for a time for certain amounts of Lindens raised, Rita Mariner's being the most successful bringing in almost 75,000L. Today, the first for 2012 will be held at Club Cutlass.

Skylark LeFarve is the volunteer (or victim) for this event. Should the target amount not be reached, Skylark remains her furry self. But should enough cash be raised, she has to take on the look of a blonde human. Still cute, but a big change for Skylark. 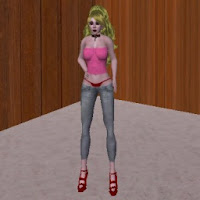 So will it be "power to the fur," or "skin to win?" Come to Cutlass tonight and find out.