Change of Leadership at the Passionate Redheads 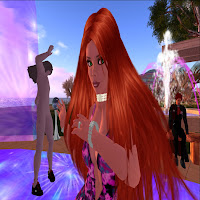 The Passionate Redheads team for the Relay for Life has recently undergone a change at the top.

Sabine McGettigan, the founder of the Redheads and it's leader for the past several years, has taken a leave of absence from the team's activities for personal reasons. Her former partner Daaneth Kivioq, whom was last seen at the May 4rth Redheads meeting, has taken an "indefinite break" from Second Life. Sabine requested that Dusk Griswold and Lomgren Smalls take her place in leading the Passionate Redheads team. 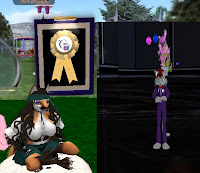 Despite the loss of their founder's participation, at least for now, the Redheads have continued to raise funds for the Relay, having raised 14,000 at the recent May Day Faire. The team has suffered setbacks before. Last year, Daaneth was temporarily out of action due to a stroke, and later that season a number split off and formed another group. But the group still went on to become one of the best teams that year.

Further Passionate Redhead events are planned, including a "Bid Me Human" event on Friday May 11th.
Posted by Bixyl Shuftan at 6:00 AM