Today is the eleventh anniversary of the September 11 Attacks, in which Islamist terrorists seized four airliners, and used them to strike the Pentagon and bring down the New York City World Trade Center. Nearly 3000 would be killed, and the United States was effectively a nation at war.

Over time in Second Life's history, there have been a number of memorials. Among those currently open are the following: 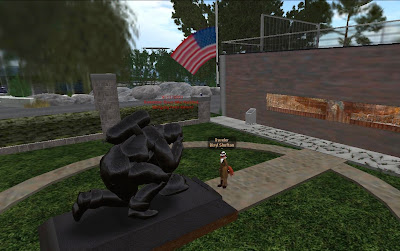 Currently the most well known of the Sept. 11 memorials, it permanently stands in it's sim, the twin towers going high in to the air. One can find a replica of the girder cross, and a tribute statue to the firefighters. 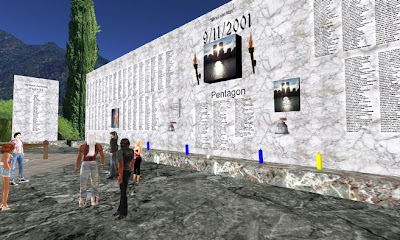 Set in Stagg Island, I first came across this memorial last year, one with lists of the names of the fallen of Sept. 11. 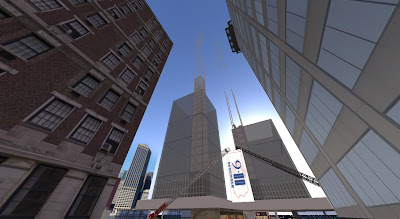 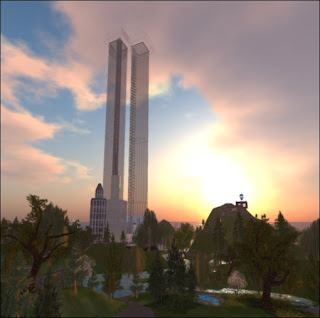 Set in Areo Pines Park, and sponsored by it's fire department, The Stairclimb Tribute is "in honor of the fallen firefighters of September 11, 2001. Join us for an engaging interactive tribute to the brave men and women who perished on that horrific day." With the option to get a set of fireman's gear at the bottom, one climbs the stairs to the top of the tower.

When I am called to duty,
whenever the flames my rage,
give me strength to save some
life whatever be their age.
Help me embrace a little child
before it is too late,
or save an old person from
the horror of that fate.
Enable me to be alert,
and hear the weakest shout.
And quickly and efficiently
to put the fire out.
I want to fill my calling
and give the best in me.
To guard my every neighbor,
protect his property.
And if according to my fate
I am to lose my life,
please bless with your protecting hand
my children and my wife.