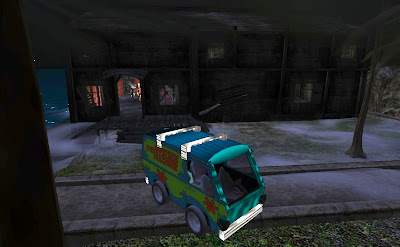 On Friday night, September 15th, the Steelheads held a "Scooby Doo" party. It was held on the outskirts of their community in a usually abandoned building in the St. Helens sim. 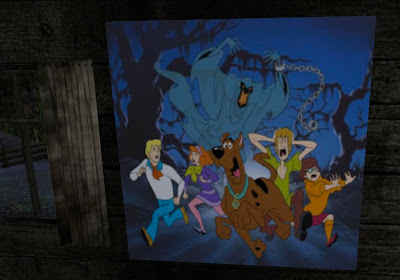 Along the wall were a few pictures of the cartoon, as well as a few doors that when entered would lead to another door in the opposite side of the room, like the some of the cartoon's chase scenes. The party was held in honor of the show's debut on September Friday the 13th in 1969. 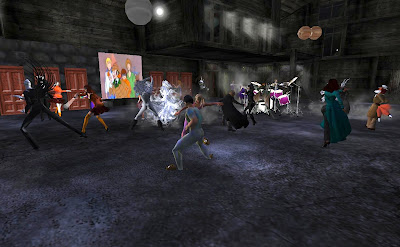 People were invited to dress up as characters of the cartoon, or as ghosts and monsters. Some girls showed up as Velma and Daphine. More often, dancers chose going as one of the monsters that bedeviled the mystery solvers. This included one dragon who could play one mean set of drums. 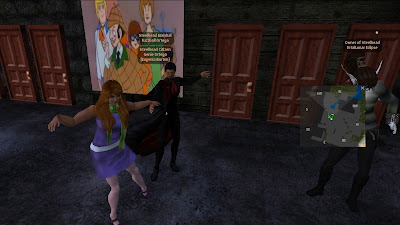 Fuzzball Ortega was the DJ for the party, which was also attended by his partner Eugine Nurton Ortega. 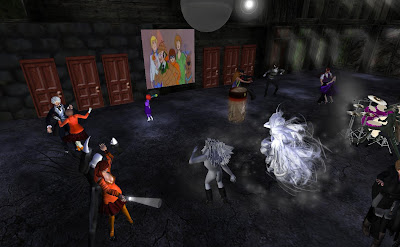 Everyone had some scary good fun that night.