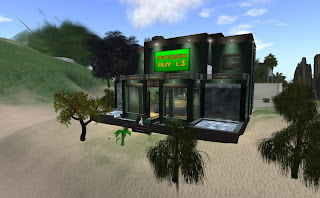 Every month was different at Podex. At June, people stopping by talked about the SL9B. July, people had the Relay for Life on their minds. Then came August. One day this month, the tellers between customers chatted about the Olympics earlier, and the events in the London areas. Someone talked about going over to Bay City for the car show. Another brought up the hurricane last year and hoped no one would get washed out this season. But others talked about heading over to the ocean for summer activities there.

In the middle of the talk, someone else stepped into the exchange, a pale individual resembling an arctic fox, whom looked more like he was dressed for the beach than a visit to the bank. He wore only swimming trunks. 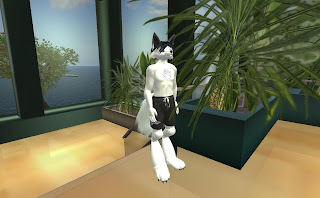 "Yeah. I was looking forward to some fun in the sun at the beach. Jetski, surfboarding, maybe a little scuba diving. But I've had some, emergency expenses."

"Okay, I forgot it was my girl's rezzday, and I had to get some presents on a pinch, and not bother looking for a good buy. So I'm now a little short."

"Well Sir, as an exchange service, we can take your dollars, Euros, or one of several other international currencies, and for a small fee exchange them for Lindens. Or the other way around if you desire." 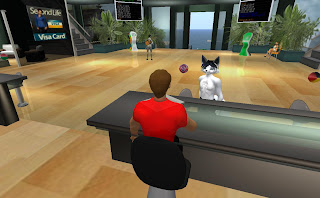 "Certainly." The clerk brought a form to fill out. Once that was done, it was just a little longer before the electronic transfer was done, "There you go."

"Thanks, now on to the beach!"

"Have a great time."

"Yeah, though I wish they'd stop with the arctic fox jokes. Because of my white fur, people kid me that I should vacation in Alaska instead of on the beach, or call me a goth!"

They chuckled, then the visitor went on his way.

The Podex Exchange is located at Moonbeam (26, 223, 34), with a website at http://www.podex.info/ . Jacek Shuftan is the CEO. Podex has recently been offering an SL Visa Card, aka "Second Card," with details at http://www.podex.nazwa.pl/card/ , as well as setting up an office in Avination to trade $Cs for international currencies.