Plans for SLCC to Return Under New Name and Focus 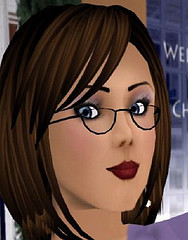 On her Google profile, Fleep Tuque announced there were some plans in the works for a new convention for Second Life residents next year. For several years, Second Life users would meet up at the annual Second LIfe Community Convention. But this year the event was canceled, Linden Lab refusing to support it and telling the organizers they were on their own. "SLCC11 was probably the last time we'll use that name" Fleep wrote.

The plans in the works include more than Second Life, but other virtual worlds as well. Fleep wrote that "AvaCon is planning to expand the convention to include Opensim and other platforms in the coming years under a new name and we have volunteer staff positions open if you're interested, see http://www.avacon.org/ for more info."

Fleep has expressed some disappointment on the directions the Lindens have taken the Grid lately, "In the last couple years, I've begun to feel that Second Life is moving in a different direction than my own priorities and I'm spending less time and tier there than in the past." It's residents, however, are a different manner, "Despite my feelings about the direction of the platform, the awe I've always felt for the community of people who create the world never diminishes."

Source: Daniel Voyager.
Posted by Bixyl Shuftan at 6:02 AM